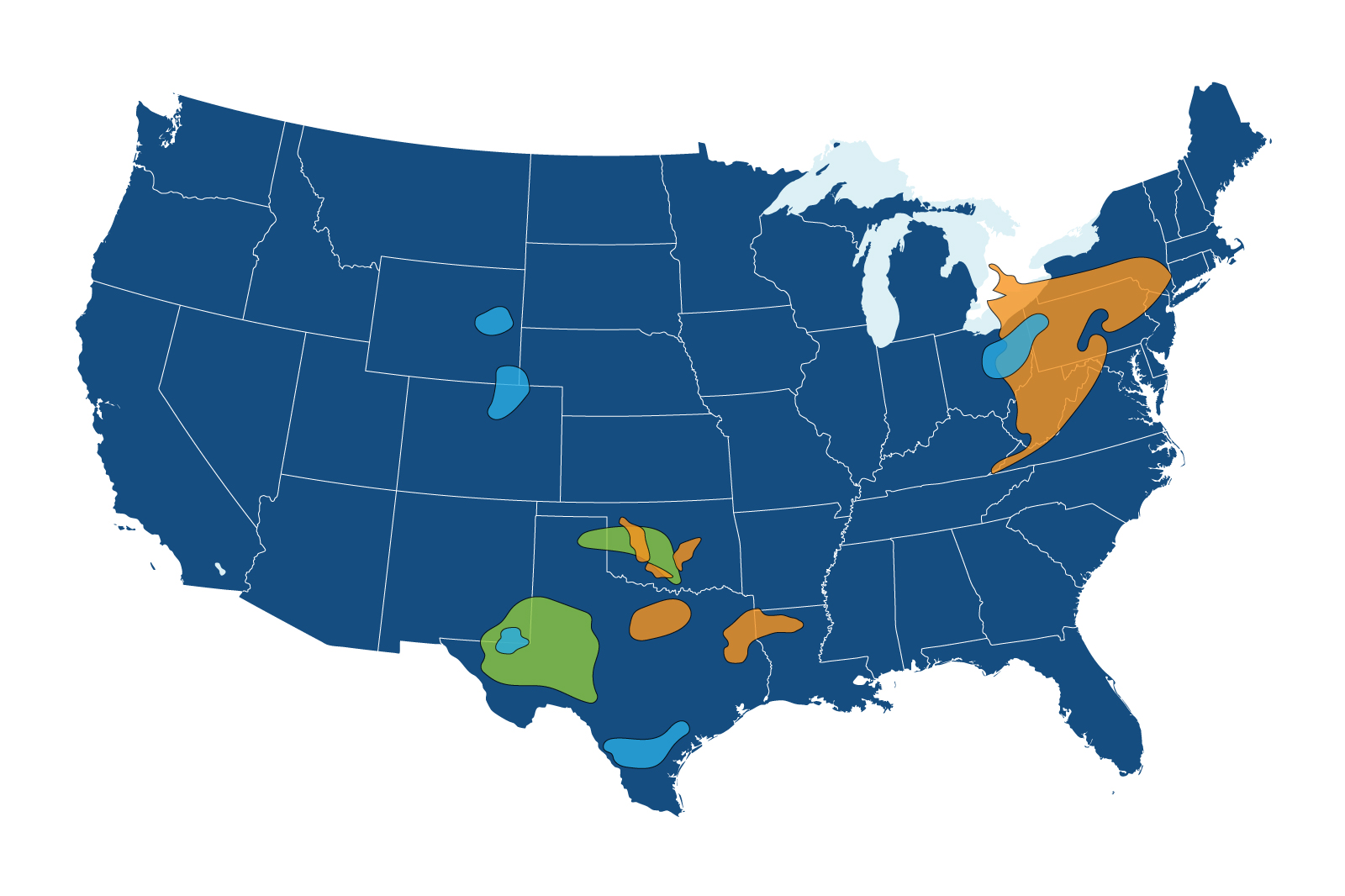 The Niobrara Basin stretches across Colorado, Wyoming, Nebraska, and South Dakota, but much of its drilling activity occurs in southeast Wyoming and northeast Colorado. The play is located within the Denver-Julesburg Basin and also throughout several areas of the Rocky Mountains, including Wyoming’s Powder River.

Oil was first found in the area in 1901. Wattenberg Field was first discovered as a natural gas field in 1970 and was mainly drilled using vertical drilling techniques. Horizontal drilling was first started in the Niobara Basin by EOG Resources in October 2009. This site, Hereford Ranch Field, along with Wattenberg Field and Silo Field, are the most heavily drilled areas in the play. The play is a petroleum province and offers one of the largest natural gas reserves in the country, producing over 4 trillion cubic feet of natural gas since drilling began. Niobara also produces 287,000 barrels of oil per day. Additional resources mined from the area include coal, gold, uranium, sand, gravel, and several raw materials used for cement.

Right of Way (ROW) is the process of acquiring right-of-way and surface use land agreements to facilitate easements that save our clients time and money.
Learn More

With industry-leading processes and a committed team of professionals, we are a trusted advisor that provides a clear plan of action, scope of work, budget and human capital allocations and the timeline for client projects.
Learn More

Once the best, most recommended route is determined, we begin our title services to identify landowners and heirship of the land in need.
Learn More

While our team primarily focuses on providing best-in-class right of way land acquisition services, oftentimes, we are brought in or remain on-site to supervise construction management to help support landowners’ requests and clients’ interests.
Learn More

Serving 9 Basin & Shale Locations Across the US

We truly believe that we employ the best professionals in the business: honest, hardworking people who are committed to producing quality work and going the extra mile to do what’s best for the client.